To provide for a healthy climate for business competition and competitive pricing for products and services, federal law prohibits companies from agreeing to “fix” prices to their mutual advantage because such price-fixing schemes result in artificially inflated prices and ill-gotten profits. The False Claims Act likewise prohibits price-fixing conspiracies among companies doing business with the government.

Examples of price-fixing schemes include the following:

Japanese company Toray Industries, Inc., together with its U.S. subsidiary, in May 2008 settled a price-fixing False Claims Act case with the Department of Justice for $15.5 million. The settlement resolves allegations that the companies conspired to fix the prices of carbon fiber used in the manufacture of aircraft, ammunition and satellites purchased by the U.S. government. Carbon fiber, a graphite substance, is valued for its  lightweight yet strong properties.

The False Claims Act lawsuit was initially filed by four former employees of Horizon Sports Technologies Inc., which had dealings with the Toray companies and other co-conspirators of the price-fixing scheme. The whistleblowers will receive $4 million of the settlement proceeds for their role in exposing the wrongdoing.

The lawsuit alleged that from at least as early as 1993 until 2001, the companies and co-conspirators agreed on prices that would be charged for carbon fiber used in products manufactured by other companies that were in turn sold to the U.S. government. The settlement is the last of five involving the conspiracy suit, bringing the total settlements for the False Claims Act case to $61.75 million.

Price-fixing schemes are illegal. Whistleblowers help to expose such wrongdoing.

Individuals aware of such price-fixing schemes can help save taxpayer dollars by exposing the conspiracies through a False Claims Act suit on the government’s behalf. The qui tam provisions of the Act entitle whistleblowers to a portion of a judgment or settlement ultimately secured by the government from the conspirators. 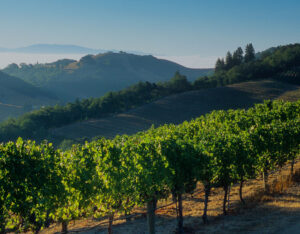