Products substituted for those contracted may violate international trade policies.

Companies that sell goods to the government are often required to ensure compliance with federal trade agreements that prohibit the government’s purchase of products manufactured in certain countries. In other instances, contractors promise the government to sell it certain “brand name” products or use such products as component parts that the contractor provides. When contractors violate such agreements, they undermine important international trade policies or provide products and services of less cost and quality than what the government pays for.

Examples of unlawful product substitution include the following:

Cablexpress Corp., which does business under the name CXtec, partially settled a False Claims Act case in April 2012 with the U.S. Department of Justice for $2 million. The complaint, originally filed by a former high-ranking CXtec employee, alleged that the company sold counterfeit goods to the government and violated terms of the government contract. The whistleblower will receive an award of $380,000 for his role in the case.

The Syracuse, New York-based company sells new and refurbished networking and voice communications equipment, cabling, and related products to the government as well as private entities. According to the 2008 False Claims Act suit, CXTec sold products to federal agencies that were manufactured in China, Taiwan, Indonesia, Malaysia, or Thailand, in direct violation of the government contract and the terms of the Trade Agreements Act (TAA) prohibiting purchase of goods by the government from those countries.

Additionally, the complaint alleged that the company sold the government counterfeit gigabit interface converters, which were not manufactured by well-known companies as CXTec maintained.

The $2 million settlement only resolves those portions of the complaint involving sales of cable and counterfeit gigabit interface converters; other allegations involving other goods sold in violation of the TAA are still under investigation.

The government deserves to get the products it pays for.

Unfortunately, some contractors violate their contracts, and the law, by substituting substandard or even illegal products. Product substitutions for those promised in government contracts are illegal under the False Claims Act. Whistleblowers who alert the government to such wrongdoing help to ensure that the government receives the quality products that were promised and help to ensure that international trade policies are not compromised by a contractor’s fraudulent substitution of goods. Whistleblowers who file False Claims Act cases could also receive a portion of monies the government collects from such contractors.

November 17, 2021 When the U.S. Environmental Protection Agency (EPA) was first established under the Nixon Administration in 1970, it was tasked with conserving energy and natural resources, reducing hazardous waste, disposing of it, and ensuring environmentally sound management of that waste. Over… 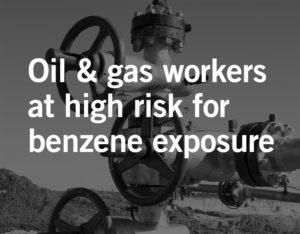 October 21, 2021 Caitlyn Silhan, a partner at Waters Kraus & Paul in the Dallas office, was recently invited to be part of the upcoming American Bar Association’s (ABA) False Claims Act mock trial faculty in Coral Gables, Florida. She was invited to participate by Joel Androphy, a partner at Berg & Androphy in Houston, Texas. Androphy has served as Program Director for the American Bar Association’s National False Claims and Qui Tam Trial Institute since 2013. The mock trial is one of the ABA’s most significant annual qui tam events. It brings in participants from both the government as well as top… 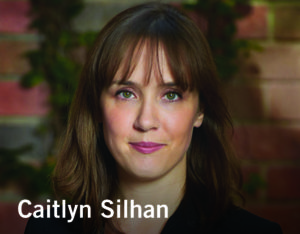