Who is an FCPA Whistleblower?

Originally enacted in 1977, the Foreign Corrupt Practices Act (FCPA) is designed to prevent companies and individuals from bribing foreign officials in order to obtain or retain business. The Act applies broadly to American companies and citizens; its accounting and record-keeping provisions also apply to foreign companies if they are publicly-traded in the United States. In recent years, the U.S. government has stepped up its enforcement of the FCPA. These efforts have led to investigations of and/or charges against many multi-national companies, both domestic and foreign.

Many people attribute the government’s renewed focus on FCPA violations to the 2010 Dodd-Frank Wall Street Reform and Consumer Protection Act (Dodd-Frank), which provides financial rewards to whistleblowers with the courage to come forward and report foreign bribery when it occurs. An informant whose collaboration with the government leads to the recovery of more than $1 million may be authorized under the Act to take home from ten to thirty percent of the SEC’s recovery. In addition, Dodd-Frank put in place certain protections for whistleblowers who notify the SEC about potential FCPA violations.

What Constitutes Bribery under the FCPA

Acts prohibited under the FCPA include the straightforward payment of cash bribes to foreign officials. But foreign bribery schemes are often more subtle than that. The FCPA bans the payment, or just the promise of payment, of “anything of value,” including gifts of:

It is illegal to pay a bribe that is falsely disguised as a “consulting fee” or a “commission,” to pay a bribe through a shell corporation or a designated third party, or to make a campaign contribution that is associated with an official’s efforts regarding a government contract. It is also required that companies observe certain U.S. regulations concerning accounting procedures and financial reporting requirements.

As is often the case when companies are involved in illegal or fraudulent activity, it is often company insiders who notify the government. Accounting personnel may stumble upon off-account slush funds or other secret accounts used to fund foreign bribes. Sales representatives may learn from established or potential customers that the company has a history of paying bribes to obtain government contracts. Agents of government officials may make inquiries or unwitting disclosures to company employees who want no part of the illegal activity. Illegal foreign bribery rarely involves just one individual. Eventually, conscientious employees are bound to notice, even while others may choose to turn a blind eye.

With a national presence and extensive experience fighting corruption and fraud, Waters & Kraus, LLP, helps to protect and maximize the interests of tipsters in SEC whistleblower actions. The firm now represents clients in a number of SEC whistleblower investigations, including FCPA matters involving foreign bribery. Contact us or call our whistleblower lawyers at 800.226.9880 to discuss your rights under the Dodd-Frank Act and how we can assist. 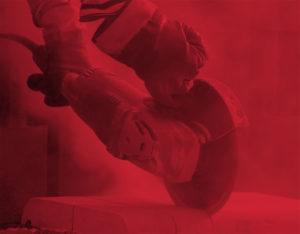