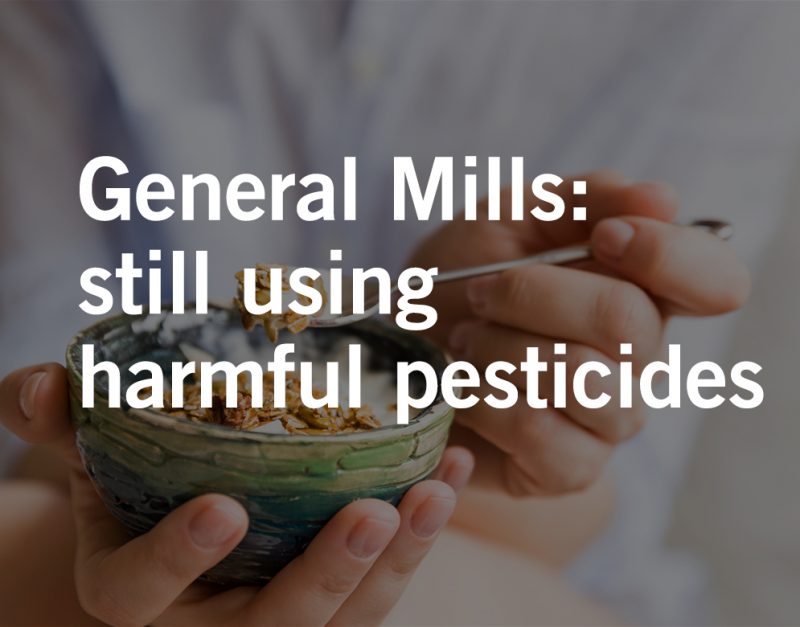 A new report put out by the Environmental Working Group (EWG) found that 26 of the 28 products the organization tested contained detectable levels of cancer-causing glyphosate—the main ingredient in the popular herbicide Roundup. The levels are “higher than what EWG scientists consider protective of children’s health.” The report goes on to suggest that the tested foods’ glyphosate levels could potentially pose a cancer risk with long-term consumption. A study previously conducted by EWG in August of this year found glyphosate in nearly 100 percent of the samples made with conventionally grown oats. The August 2018 study also found glyphosate in about 33 percent of the product samples made with organic oats.

Did you suffer health consequences due to a dangerous level of pesticide exposure? Call now for a case evaluation 800.226.9880

Recently, a San Francisco jury ordered Monsanto, manufacturer of the common herbicide Roundup, to pay $289 million in damages to a school’s groundskeeper who argued that the glyphosate-based weed killer caused his cancer. In testimony during the trial, a former director of the Office of Risk Assessment Research at the National Institute of Environmental Health Sciences stated that there was a “demonstrated association here” in reference to the connection between glyphosate and cancer. He went on to say that “I believe that glyphosate caused mutations that could lead to cancer, a quality known as genotoxicity.”

Not only does glyphosate harm people through direct contact, but it can also contaminate processed foods like cereals and snack bars that source their grains from farms where glyphosates have been sprayed. General Mills admits that “Most crops grown in fields use some form of pesticides and trace amounts are found in the majority of the food we all eat.” In fact, more than 200 million pounds of weed killer is used annually by U.S. farmers on their fields.

Can Corporations Be Honest About Pesticides?

In 2015, the World Health Organization’s International Agency for Research on Cancer (IARC) warned that glyphosate was a likely carcinogen. Dr. Sarah Evans, who works at Mount Sinai’s Children’s Environmental Health Center, stresses “that people need to be really aware of where their food is coming from and what’s getting into their foods.” But the question remains: How can consumers truly be armed with this knowledge when companies are not being forthright about their products? Yes, consumers can make the choice and investment to purchase organic, but as the first EWG study demonstrated, even that is not a complete solution.

Is your child suffering from a birth defect or cancer due to pesticide exposure? Contact us or call us at 800.226.9880 to speak with one of our birth defect lawyers. For more than 20 years, we’ve fought for justice on behalf of people suffering from toxic exposures.