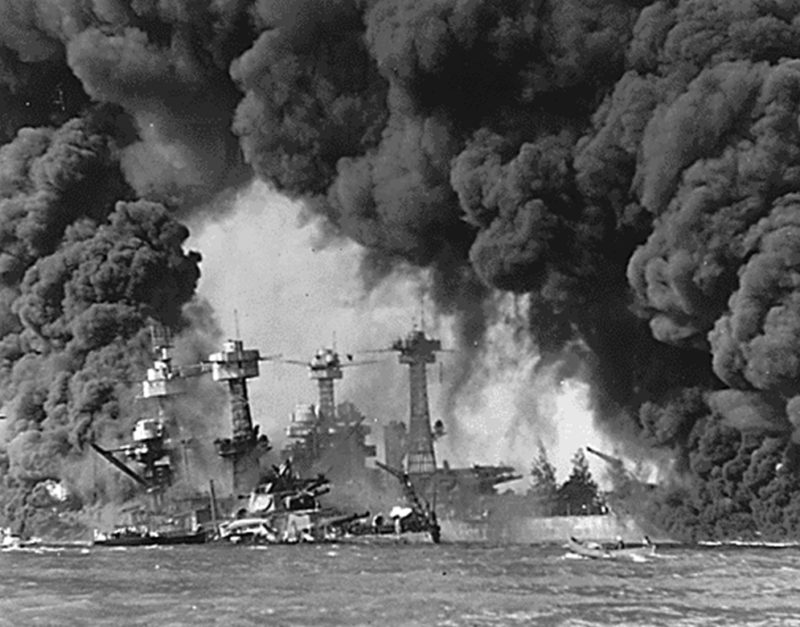 In 1941, the world lived in a time of complete unrest. While Europe was enduring endless days and nights of growing oppression and hostilities, tensions between the United States and Japan eventually came to a boil at Pearl Harbor on December 7th – a date which, as famously described by President Franklin Roosevelt, “will live in infamy.” By marking the day in 1941 that drove the U.S. into World War II, Americans are proud to honor veterans and remember those who lost their lives in Japan’s surprise attack, as well as those who survived the horrors of the war.

Our nation suffered heavy losses. Of the eight navy battleships present at Pearl Harbor, all were damaged, and four sunk. U.S. military causalities totaled more than 3,400, including more than 2,300 on the Honolulu, Hawaii military base. Although 79 years have passed since that tragic day, it’s difficult not to recall the toll the war took on many naval officers, especially when the effects are still visible.

Think you have a case?
Speak with our experienced attorneys.

Frank Curre, who was just a teenager when he enlisted in the Navy, survived the onslaught at Pearl Harbor. After having his mother sign his enlistment papers at the mere age of 17, he left his hometown in Texas to board his new home – the USS Tennessee, a battleship which eventually made its way towards the Pacific.

“The day of the attacks, I was mess cooking,” he says. As he remembers it, it was a horrible spectacle. “If you’d had a bag of popcorn and you’d went out here in the breeze and threw it up in the air — that was bodies that went out all over that harbor.” The trauma December 7th caused stayed with Curre for much of his life. “I still have nightmares, never got over the nightmares.” Something else stayed with him, too — the consequence of being exposed to disturbed asbestos fibers.

Curre suffered from mesothelioma, an extremely aggressive cancer caused by asbestos exposure that likely traced back to his Navy service. The fibrous mineral known for its insulating and fire-retardant properties was once a staple in many industrial and construction products, especially on U.S. Navy ships. When asbestos-containing products are disturbed or damaged, just as they were at Pearl Harbor, their fibers produce a fine dust that, when inhaled, form deposits in the lungs. The asbestos deposits put individuals at risk of developing severe and deadly illnesses like mesothelioma. The typical age of mesothelioma patients averages between 50 to 70 years old. The late-in-life diagnosis is due to the latency of the disease.

Of the servicemen and women stationed at the Pearl Harbor Naval Shipyards in 1941, many lost their lives to the silent killer just as Frank Curre did. He died of mesothelioma on December 7th, 2011, exactly 70 years after the historical attack he happened to survive.

With the abundance of mesothelioma diagnoses among veterans, the Veteran Affairs Department recognizes the disease as a “service-connected” medical condition. The responsibility to protect men and women who served their country should always be a critical concern, particularly when it happens to be preventable. Companies that manufacture and sell dangerous asbestos products have benefited from the military’s business at the expense of veterans’ health. These corporations must be held accountable for the harm that they have caused and could still cause.

We Help Veterans Exposed to Asbestos

Waters Kraus & Paul is waging a two-front war on asbestos exposure—pushing for legislation that protects the rights of asbestos victims on one front and fighting to hold the corporations who used asbestos in their products responsible for the consequences of their negligent actions on the other.

We are a mid-sized plaintiffs’ firm committed to ending asbestos exposure once and for all. While Frank Curre is not one of our clients, we have been representing navy veterans like him and their families for over 20 years. If you have been diagnosed with mesothelioma or another disease caused by asbestos exposure, call us at 866.305.7373 to discuss your potential lawsuit.