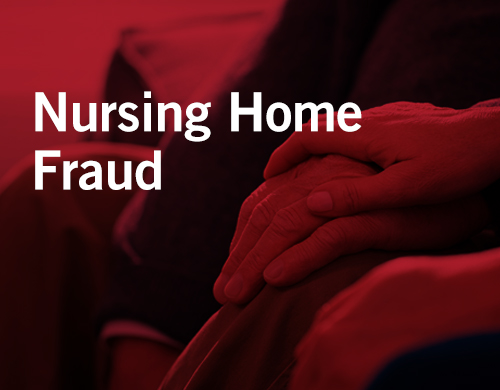 Two psychologists who participated in a nursing home Medicare fraud scam involving the purported psychological evaluation of residents have pleaded guilty. John Teal, Ph.D., of Jackson, Mississippi, and Beverly Stubblefield, Ph.D., of Slidell, Louisiana, admitted to participation in a conspiracy to commit health care fraud. Between 2010 and 2015, Teal and Stubblefield’s actions led to the submission of phony Medicare claims amounting to more than $5.6 million. “Medicare, Medicaid, and TRICARE are healthcare programs funded by the American taxpayers,” says California whistleblower attorney and partner Michael Armitage. “By cheating those government programs, health care providers who bilk the system hurt all of us.” The False Claims Act gives health care insiders a way to act on the government’s behalf by filing a whistleblower lawsuit. The statute allows the government to recover three times the actual damages as well as civil penalties. Under the qui tam provisions of the Act, tipsters — also known as “relators” — are entitled to a share of the government’s recovery.

Teal and Stubblefield were charged in connection with a larger nursing home Medicare fraud scam allegedly run by Gertrude Parker and her son, Rodney Hesson, Psy.D., both Louisiana residents. Parker and Hesson own and operate Psychological Care Services, Inc. (PCS) and Nursing Home Psychological Services, Inc. (NHPS). Both Teal and Stubblefield were employed by PCS and NHPS as clinical psychologists.

PCS and NHPS filed false claims with Medicare for psychological tests that Teal and Stubblefield administered to residents of nursing homes in several states in the Southeast, including Florida, Alabama, Mississippi, and Louisiana. The psychologists admitted that on many occasions, they provided no testing at all and on many others the evaluations performed were not medically necessary. For example, Stubblefield and Teal tested the same people over and over again, despite the fact that they were so incapacitated that the tests provided no meaningful results.

Unfortunately, many fraudulent Medicare and Medicaid claims involve phony “services” for nursing home residents. People living in nursing homes often do not understand the purpose of tests or treatments they receive and have no way of knowing that Medicare or Medicaid has been billed for unnecessary procedures. “Medicare fraud is not limited to nursing homes in any particular geographical region,” says California whistleblower attorney and partner Gary Paul. “At Waters Kraus & Paul, we represent whistleblowers in False Claims Act cases on a nationwide basis.”

Trial is scheduled for the owners of PCS and NHPS in federal court in Louisiana later in the year. The government alleges that between 2009 and 2015, those health care providers sought Medicare reimbursements totaling more than $25.2 million.