Closure of Coal Plants Linked to Drop in Preterm Births 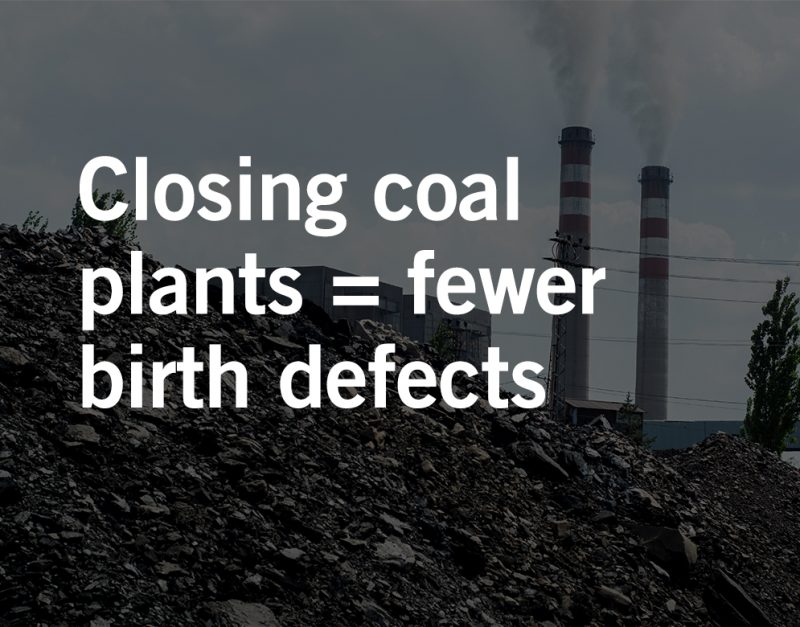 Researchers have found that preterm birth rates dropped after oil and coal power plants in California were shut down. Across the country, the U.S. is turning to alternative forms of power because these plants put out dangerous air pollutants.

Did you work in or live near a coal plant or ash pond and then have a child with special needs or cancer?  Call us at 800.226.9880 for a free consultation.

How Dangerous is Coal Ash?

Coal ash, also known as fly ash, is the by-product created when coal is burned to make electricity. This by-product contains extremely high levels of heavy metals such as arsenic, beryllium, chromium, lead, and mercury. All of these metals cause birth defects.

It is quite easy for coal or fly ash to drift into the surrounding communities. Power plants dump their coal ash in storage ponds called “impoundments.” Coal ash can penetrate the soil and contaminate the water when the ash is dumped onto the ground. Fly ash creates toxic dust that is easily inhaled. It can affect the lungs and pass into the bloodstream. Pregnant mothers who are exposed to coal ash are in danger of passing on the heavy metal toxins to their unborn babies. Birth defects resulting from toxic exposure to coal ash include the following:

To analyze the impact of the oil and coal power plants on preterm births, researchers studied the birth records of over 57,000 babies in California from 2001 to 2011. Preterm was defined as less than 37 weeks. The plants discharged 177 tons of nitrogen prior to closing and four tons afterward. The rate of preterm births fell from seven to five percent for families living within five kilometers of a plant. The decreases were even larger for black and Asian babies than for white and Hispanic.

According to the researchers, air pollution may increase the risk of preterm birth by altering normally progressing gestation through:

Transitioning to cleaner forms of energy and better community planning can result in healthier environments for babies and safer neighborhoods to raise families.

The lawyers at Waters Kraus & Paul have been representing people who have been sickened by toxic substances on the job and at home for more than twenty years. Contact us now to discuss your birth defect case.

Children, the most vulnerable victims, may be exposed by parents who unknowingly pass down abnormal genes after toxic exposure. We represent younger clients suffering birth defects or cancer due to a parent’s exposure.

Seeking justice in court may be the only way to strength protection laws and hold companies responsible. No child should suffer from preventable injuries, and we passionately fight for families challenged by birth defects resulting from toxic exposure.