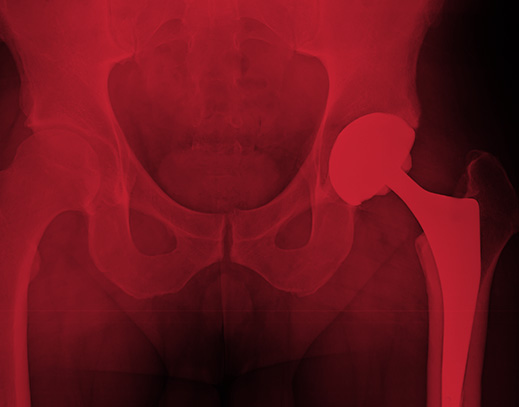 Researchers in Berlin have developed further confirmation that the chromium and cobalt ions released into the body from metal-on-metal hip implants, like the Zimmer Durom Cup, contribute to osteolysis, or bone loss. The study was conducted by physicians and scientists with DRK Klinikum Westend and Charité — Universitätsmedizin Berlin. It has been published in the most recent edition of Biomaterials, an international journal that focuses on substances used in medical devices implanted in the body, like the Zimmer cup.

In Germany, around 220,000 patients undergo hip replacement surgery every year. Those who receive metal-on-metal hip replacements have experienced problems with bone loss that results in the need for painful and costly revision surgery. Researchers set about understanding why.

The scientists looked at tissues next to the hip implant, nearby bone marrow and joint fluids in the area. They wanted to see what changes could be caused by exposure to cobalt and chromium. They learned that dissolved metal ions penetrate the bone marrow, hindering mesenchymal stromal cells (MSCs) from forming the osteoblasts that generate bone growth. When researchers removed MSCs from the bone marrow of metal-on- metal hip implant patients, they saw that the MSCs could not differentiate into bone-forming osteoblasts. To confirm their findings, they took cell cultures from patients who had not received metal-on- metal hip replacements. The cell cultures were exposed to equivalent levels of dissolved cobalt and chromium and found that the results were identical. The researchers’ reported conclusion confirmed what Waters Kraus & Paul attorney Erin Wood has observed in her representation of those injured by metal-on-metal hip implants, like the Zimmer cup: The risks outweigh the benefits.

Zimmer Failed to Require the Same Training of Surgeons in the U.S. as Provided in Europe for Metal on Metal-on-Metal Hip Implants

One of the most disturbing aspects concerning injuries caused by the Zimmer Durom Cup in America is that Zimmer made a bad situation worse. They failed to properly train surgeons using the company’s medical device. Before the Durom cup was brought to market in the U.S. in 2006, Dr. Roberts — one of the device’s developers — warned Zimmer that surgeons would have to be trained. The device required a different technique than American surgeons were used to. Despite this warning, Zimmer never even considered a mandatory surgeon-to- surgeon training program like the one used before the cup was released in Europe. According to Dr. Roberts, there was little to no training for U.S. surgeons. If there had been training, a lot of the injuries would have been avoidable.

Neither did Zimmer bother to warn surgeons of the issue. Waters Kraus & Paul attorney Gibbs Henderson has learned that despite Zimmer’s knowledge, the company chose not to include a clear warning in its surgical technique instructions. Surgeons were unaware that the Zimmer cup could not be implanted using the same technique used for other acetabular hip components. Zimmer also failed to warn surgeons that repositioning the device after impaction would result in cup failure, even though it was well known that American orthopedic surgeons commonly reposition acetabular components after impaction.

Contact Waters Kraus & Paul by email or call us at 800.226.9880 to learn how we can assist you with a metal-on-metal hip replacement lawsuit.