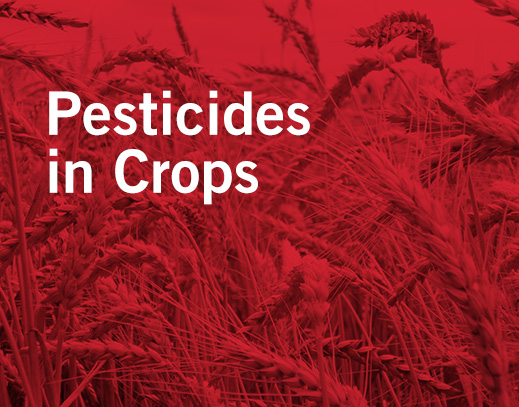 Glyphosate is the most popular herbicide in the world. Yet in 2015, the World Health Organization’s International Agency for Research on Cancer warned that the substance is a likely carcinogen. The state of California agrees. And animal studies have linked the widely used weed killer to birth defects and reproductive problems. In addition, glyphosate harms cell DNA in human embryos, the placenta and the umbilical cord. Why, then, would farmers use the dangerous chemical on edible crops right before harvest?

FDA to Begin Testing for Glysophate in Food Products

Since glyphosate came on the market in 1974, its use has increased exponentially as the U.S. and other countries have invested heavily in GMO corn and soybeans. According to Charles Benbrook, Ph.D., who has published on the issue of glyphosate and its health risks, farmers spray glyphosate on wheat to dry out the grain so it can be harvested earlier than would otherwise be possible. The practice started in Scotland and is now commonplace in the upper Midwest and Canada. In fact, in many areas it’s hard to find wheat and oats that are not treated with the weed killer.

Glysophate is the main ingredient in Monsanto’s RoundUp product. The chemical producer advertises the product as “biodegradable” and “safe,” though these claims are far from accurate. The U.S. Wheat Quality Council recently has received reports that flour samples from the U.S. and Canada all contained glyphosate. But Monsanto reportedly claims that glyphosate residues from the spraying are so small that they don’t matter.

Meanwhile, consumers are not told that the wheat products they buy in the grocery store have been sprayed right before harvest with a known toxin linked to birth defects. And the U.S. Food and Drug Administration has announced that it will start testing wheat products for glyphosate. Shouldn’t consumers have a right to choose whether they and their families have glyphosate in their breakfast cereal along with milk and bananas?

The lawyers at Waters Kraus & Paul have been representing people who have been sickened by toxic exposures for more than twenty years. Do you have a child suffering from a birth defect or cancer as a result of exposure to pesticides, coal ash or solvents? If so, call us at 800.226.9880 to speak with one of our birth defect lawyers, like Peter Kraus and Charles Siegel in our Texas office, to learn more about how we can assist you.