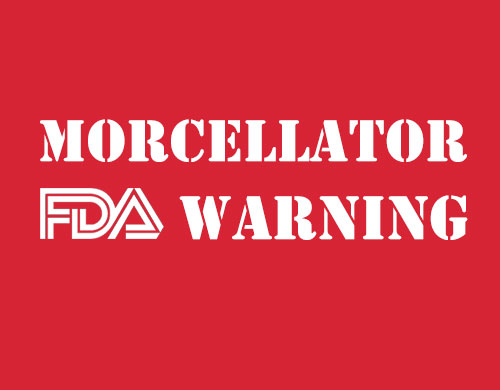 January 14, 2016 – The U.S. Food and Drug Administration is receiving push-back on its 2014 warning about the threat to women from the use of power morcellators during gynecological procedures. A group of gynecologists from respected universities has asked the FDA to alter its position concerning the potentially dangerous medical devices.

Power morcellators have been used by many surgeons during hysterectomies or procedures to remove fibroid tumors. A power morcellator is essentially a whirling blade on the end of a tube that can be inserted through small abdominal incisions to slice up uterine tissue, which is then removed from the body with a small vacuum. The benefit of the procedure is that it spares women from undergoing major abdominal surgery, which requires longer stays in the hospital and increased risk of infection.

The difficulty with the minimally-invasive procedure using a power morcellator is that the medical device can also slice up undetected leiomyosarcoma, a uterine cancer, and spread cancerous cells throughout the body. The FDA reportedly has concluded that as many as 1 in 350 women who undergo hysterectomy to remove fibroid tumors could be at risk. As a result, the FDA has warned against power morcellation for most gynecological procedures. In 2014, the FDA required that power morcellators contain a “black box” warning that provides: “Uterine tissue may contain unsuspected cancer. The use of laparoscopic power morcellators during fibroid surgery may spread cancer and decrease the long-term survival of patients. This information should be shared with patients when considering surgery with the use of these devices.”
After the FDA’s decision, most hospitals no longer allow the procedure and many insurance companies will not pay for it.
Many surgeons who formerly performed gynecological procedures with the use of a power morcellator have now stepped forward to defend the controversial medical device. Forty-eight experts, including physicians from Johns Hopkins, Yale and Duke universities, have signed on to an open letter to the FDA, expressing their belief that the risk of spreading a leiomyosarcoma during power morcellation procedures is much lower than the FDA has stated — somewhere between 1 in 1,960 to 1 in 4,360. Claiming that the FDA is overstating the risk, Dr. William Parker, director of minimally invasive gynecologic surgery at UCLA Medical Center, has authored a commentary criticizing the FDA’s position to be published in January in the journal Obstetrics & Gynecology.

In response to the surgeons’ open letter, the FDA declined to change its recommendations. The agency’s position, explained the FDA, was reached after listening to extensive testimony at an advisory committee meeting attended by researchers, health care providers, power morcellator manufacturers and patients.

We understand that injuries caused by power morcellators are personal and they’re sensitive. That’s why we’ve assembled a legal team, most of whom are women, to provide our morcellator clients with compassionate and aggressive representation throughout the entire course of litigation. To learn more about Waters Kraus & Paul, or to have one of our attorneys review your potential morcellator case, contact us by email or call our morcellator lawyers, like Leslie MacLean in our Texas office, at 800.226.9880.