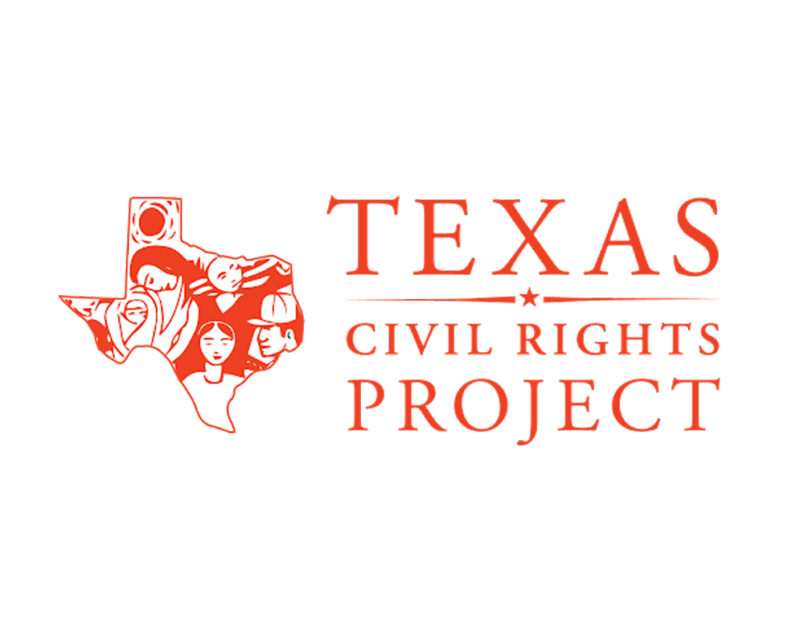 Over 1 Million Texans Have Already Registered To Vote Online Since September 2020, when This Suit Forced The State To Comply With National Voter Registration Act

San Antonio, TX — After more than five years of court battles between Texas voters, represented by the Texas Civil Rights Project and Waters & Kraus, LLP, and the state of Texas, a settlement has been reached in litigation against the state of Texas for violation of the National Voter Registration Act, commonly known as the ‘motor voter’ law. With this settlement, current and future Texans now have permanent protections safeguarding their right to register to vote any time they update their driver’s license online.

In September 2020, a victory in this lawsuit, filed on behalf of three voters, Jarrod Stringer, Nayeli Gomez, and John Harms, and two organizations, MOVE Texas and the League of Women Voters of Texas, created the first-ever opportunity for some Texans to register to vote online. Chief U.S. District Judge Orlando Garcia ruled the state must provide Texans with an opportunity to register to vote online, whenever someone renews or updates their driver’s license online.

In just 10 months since the lawsuit brought this fix, over one million voters in Texas have taken advantage of this new option and registered online while updating their driver’s licenses. Each month, an average of 100,000 Texans used this method to register this year, showing the far-reaching impact this settlement will have for generations of Texas voters’ ability to access their constitutional right. During a year when the Texas legislature failed to create commonsense opportunities for online voter registration for all Texans and instead sought to ram forward measures to make voting more difficult, this settlement serves as a bright spot of progress by creating a reliable opportunity for millions of Texans to register to vote online.

“Texas’ history with voter suppression brought us to this moment. The system has been working for those in power, not for the thousands of Texans trying to exercise their rights as Americans and do their civic duty,” said Jarrod Stringer, lead plaintiff. “I was deprived of that right in 2014, and that is something I do not wish upon any American citizen. I am thankful for the years of tireless fighting by advocates and lawyers who fought for the rights of millions of my fellow Texans and forced the state to follow the law.”

Over the past five years, an estimated 6 million people have used the Texas Department of Public Safety’s (DPS) online driver’s license services. The online process asks users if they’d like to register to vote, which, before the District Court’s September 2020 ruling, lead many to believe they were registered to vote when they were not.

When lead plaintiff Jarrod Stringer first updated his driver’s license address online in 2014, the DPS website prompted him to a window asking if he wanted to register to vote. Stringer clicked the ‘yes’ option, and thought he had re-registered. Much to his surprise when he went to his new voting location, he was told that he was not on the voter rolls. After attempting to work with DPS to fix the systemic failures his experience revealed, he sued in 2016.

In 2018, the state was found by the same judge to be in violation of both the federal National Voter Registration Act and the U.S. Constitution by not allowing registration through online driver’s license transactions. The Fifth Circuit overturned Garcia’s order, however, arguing that since the plaintiffs had registered to vote in the time it took for the lawsuit to proceed, they had no future harm – or standing – to be remedied in court. Overturning Garcia’s ruling based on standing created “a catch-22” where an individual could not meaningfully hold their government accountable for depriving them of their right to vote, because most people do not know DPS failed to register them until they show up at the polls. In fact, just 10 days after that first lawsuit concluded in 2018, Stringer moved and again could not register online when he updated his license.

Stringer, alongside Texas voters Nayeli Gomez and John Harms, MOVE Texas, and the League of Women Voters then took the state back to federal court in 2018 in a lawsuit litigated again by the Texas Civil Rights Project and Waters & Kraus, LLP. Today, after reaching a settlement with the state, attorneys filed for a final dismissal.

“For too long, Texas state officials have fought the inevitable. This is not just a victory for me, but for my communities across Texas,” said Nayeli Gomez, plaintiff. “We all enact change in our own way, and mine is through voting. I hope no more Texans are denied their rights like this again.”

“This is a victory for democracy,” said John Harms, plaintiff. “Voting should not require out-smarting the state when it puts up illegal obstacles aimed at discouraging us from participating in the democratic process.”

“This settlement is a victory for voting rights. For too long, people who statistically move more often — young people, renters, people struggling to make ends meet, and people who belong to communities of color — have been disenfranchised. Now that Texas has begun following the federal “motor voter” law, we’ve already seen over a million voters take the opportunity to register to vote online,” said Hani Mirza, senior voting rights attorney with Texas Civil Rights Project. “Texas still has a long way to go to protect people’s right to vote, but today we’re celebrating this important step.”

“This is a win that holds Texas accountable to federal voting law and protects the right to vote for all Texans,” said Mimi Marziani, president of the Texas Civil Rights Project. “It’s clear how big of an impact this victory will make: we’ve already seen it help over a million Texans register to vote online in less than a year.”

”While this ruling is a great victory for those who value our freedom to vote, it is disappointing that Texas must be dragged kicking and screaming into the 21st century of election modernization,” said Claudia Yoli Ferla, Executive Director of the MOVE Texas Civic Fund, a nonpartisan, nonprofit organization that builds and uplifits the political power of young people in Texas.“Online voter registration is a common sense solution that helps make voter registration accessible to a new generation of Texas voters. At MOVE Texas, we will keep fighting until every Texas voter has access to online voter registration as we continue to tear down barriers to the ballot box.”

“The freedom to vote hinges on access to participation, and the ability to register to vote online is essential to Texans’ right to this access,” said Grace Chimene, president of the League of Women Voters of Texas. “We are pleased with this victory that ensures Texans will have the full rights guaranteed to them by the National Voter Registration Act. However, this five-year-long protracted lawsuit was only necessary because the State of Texas had continuously refused to implement this right that was guaranteed to all voters in Texas. We celebrate today’s victory, and we commit to continue our fight for full and equal access to democracy in Texas.”

“Our state has long had the technology to comply with federal law and save taxpayer money by registering or updating the voter registration information for Texans who transact with DPS online. Now, after more than five years of litigation, it’s finally doing so,” said Caitlyn Silhan, a partner at Waters & Kraus, LLP, a national plaintiffs’ firm and TCRP’s co-counsel in this litigation. “We are so proud to have fought alongside the Texas Civil Rights Project to achieve this important voting rights win for Texans.”

The Texas Civil Rights Project is boldly serving the movement for equality and justice in and out of the courts. We use our tools of litigation and legal advocacy to protect and advance the civil rights of everyone in Texas, and we partner with communities across the state to serve the rising movement for social justice. We undertake our work with a vision of a Texas in which all communities can thrive with dignity, justice and without fear. Press contact: media@texascivilrightsproject.org

About League of Women Voters of Texas

The League of Women Voters of Texas represents more than 10,000 grassroots advocates across the State of Texas. The Texas League has been “organizing, educating and agitating” since 1919. The League is a nonpartisan organization – it does not support or oppose any candidates or parties. Instead, the League encourages active and informed civic participation in government and increased understanding of major public policy issues. Press contact: lwvtexas@lwvtexas.org

Waters & Kraus is a national plaintiffs’ law firm devoted to helping families in personal injury and wrongful death cases involving asbestos and mesothelioma, benzene exposure, dangerous pharmaceuticals, medical devices, and birth defects caused by pesticides, toxic chemicals, opioid use, and semiconductor chip manufacturing. The law firm also represents plaintiffs in qui tam whistleblower matters in cases that uncover false claims submitted to the government. Based in Dallas, Texas, with offices in Los Angeles, California, and by appointment in Moline, Illinois, Waters & Kraus has represented families from all fifty states and many foreign countries, as well as foreign governments.