Why Is Cancer-Causing Benzene in Your Beauty Products? 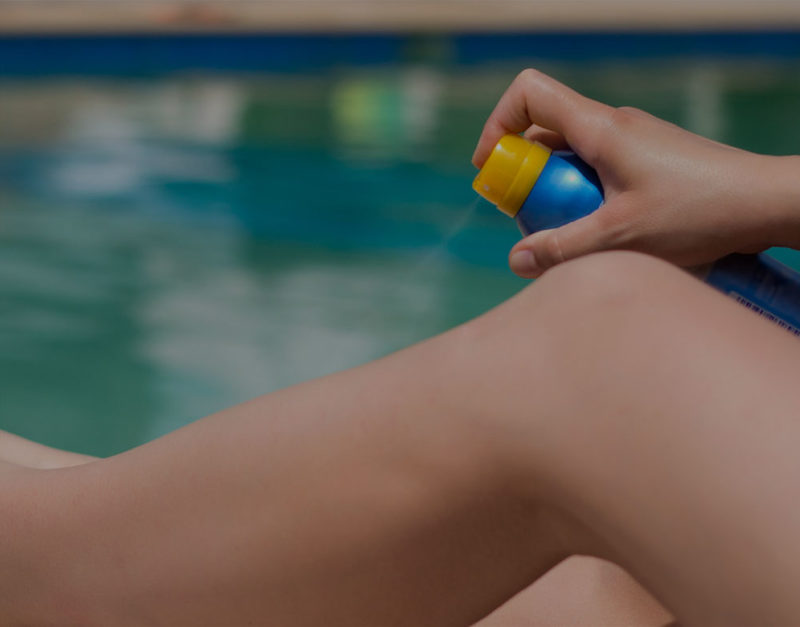 In the last eight months, recalls have included spray products such as:

Exposed to Benzene?
Speak with our experienced attorneys.

Why is Benzene in So Many Personal Care Products?

The Environmental Protection Agency has classified benzene as a Group A known human carcinogen, closely linked to leukemia and other blood cancers. The toxin also has been shown to harm the central nervous system and reproductive organs. Exposure to benzene can occur through the skin, as well as by inhalation or ingestion, according to the Food and Drug Administration.

According to the FDA, benzene is a chemical that is released into the air from emissions from automobiles and burning coal and oil. It is also used in the manufacture of industrial products, including chemicals, dyes, detergents, and plastics.

Though the United States banned the use of benzene as an ingredient nearly 45 years ago, independent testing by the lab Valisure confirmed last year that hundreds of personal care items contain benzene. The contamination has been most frequently detected in aerosol or spray products, some at levels FDA considers “life-threatening.”

“We know in particular very low concentrations of benzene have been associated with increased cancer risk,” David Andrews, a senior scientist with the advocacy organization Environmental Working Group, told U.S. News and World Report. “Benzene is very detrimental to cells, and can lead to direct DNA damage, cell death and ultimately increase the risk for cancer.”

Valisure has tested 662 personal care items and found the toxin in 180, or almost one-third, of products. Those findings suggest that benzene contamination is widespread and is probably in more products that have not yet been tested, David Light, the company’s chief executive, told The Guardian.

“Benzene really shouldn’t be there at all,” he said. “What we’re seeing is a fundamental problem in the manufacturing of a lot of consumer products.”

Federal government rules allow benzene to be used to make personal care products. That use in the manufacturing process can cause benzene to ultimately end up in products, even if it is not listed as an ingredient. The government also allows benzene to be added in emergency situations, like the pandemic, or if it provides “significant therapeutic” benefits. The FDA’s limit is two parts per million, but Valisure found some products that provided no therapeutic advantage had levels as high as 21 ppm.

According to a statement reported in The Guardian, the FDA said it “continues to monitor the issue” and is working with companies to recall contaminated products. Though the FDA doesn’t have exposure limits, it informs companies that “solvents such as benzene should not be employed in the manufacture of drug substances, excipients, or drug products because of their unacceptable toxicity.”

The FDA does not have the authority to order recalls and is limited to require testing before products hit store shelves. But advocates are calling on the agency to do more to protect consumers, such as clarify an existing benzene limit, set new exposure limits, and conduct more testing of products on store shelves to ensure they are safe, instead of leaving that up to independent labs.

The FDA’s system “really lacks independent review” because it relies on companies to self-report, Light told The Guardian.

The Personal Care Products Council, which represents manufacturers, “is aware of recent studies reporting the presence of trace amounts of benzene in some personal care products,” the industry trade group said in a statement to U.S. News & World Report.

“Benzene is a chemical that is ubiquitous in the environment and not an intentionally added ingredient in personal care products,” the statement said. “People worldwide are exposed daily to benzene from indoor and outdoor sources, including air, drinking water, and food and beverages.”

The council claimed that “trace levels” of benzene “do not pose a safety concern for consumers.”

However, Andrews urged consumers who are concerned about benzene exposure to avoid spray products for personal care until more is known. They also should call for more and better testing and regulation of these products, he added.

“Consumers who are aware of the issue should be asking the product manufacturers and sending their concerns to the Food and Drug Administration, because this is a place where there is not currently adequate oversight,” Andrews told U.S. News & World Report. “This is a piece of a larger issue in terms of the lack of FDA oversight and authority with respect to consumer personal care product manufacturing and regulation of contaminants.”