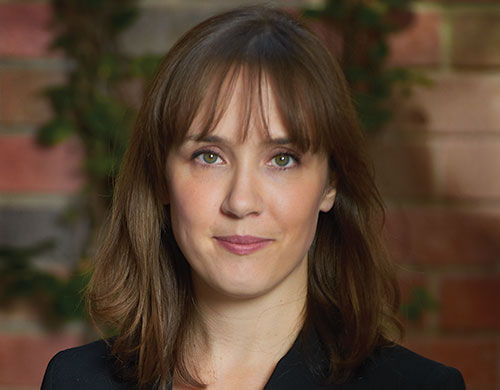 National Whistleblower Appreciation Day was established to acknowledge and celebrate the courageous people who expose misconduct and speak up against fraud.

Last year, the U.S. Senate recognized July 30th as “National Whistleblower Appreciation Day” to honor the anniversary of the day the Founding Fathers unanimously passed the first U.S. whistleblower law. As that day approaches again, we sat down with Dallas qui tam attorney, Caitlyn Silhan, who has served as a whistleblower lawyer for Waters Kraus & Paul for seven years. Caitlyn focuses on qui tam whistleblower/False Claims Act matters. She is a member of the Dallas Bar Association, American Association for Justice – Qui Tam Litigation Group, and Taxpayers Against Fraud, and has been recognized by Texas Super Lawyers on their 2019 Rising Stars list.

We asked Caitlyn what it means to be a whistleblower attorney and why we celebrate these brave individuals.

WKP: How did you get into plaintiff’s work? Did you always want to practice qui tam law?

Ms. Silhan: I always knew that I wanted to represent individuals, but no, I don’t think I even heard the phrase “qui tam” when I was in law school. I learned about qui tam litigation and the False Claims Act when I came to Waters Kraus & Paul as a clerk, joining in the qui tam group right away. I learned that it’s a unique area of practice in that we represent individual people with individual claims, and also bring suit alleging the government’s claims on its behalf.

WKP: What sets WK apart from other qui tam firms?

Ms. Silhan: We have experience across the long life-span of these cases, which is something that not every qui tam firm has. We have cases that clients bring to us in the beginning, which we investigate, file, and litigate to the end. But we are also brought on board to partner with other firms and provide experience and expertise on cases that are at a more advanced stage. We aren’t afraid to litigate cases on behalf of the government when it has declined to intervene.

WKP: What is the most important thing you would tell someone who is considering reporting fraud on the government?

Ms. Silhan: I would tell them that they should move quickly. Generally, the first whistleblower to file a qui tam lawsuit is the one who has the right to a share of the government’s recovery. It is therefore important to find an experienced qui tam attorney quickly and get something on file with the government. Further, in some cases, like those involving healthcare fraud, people are being harmed, so the quicker you report fraud, the quicker the government can start an investigation and put a stop to the fraud.

WKP: What is the first thing you do after meeting with a prospective/new client?

Ms. Silhan: First, we research the allegations and determine whether it’s a good fit for the type of cases we work on. The qui tam arena is rapidly changing, so we want to make sure that the case would make sense to bring as a qui tam action. Then, we want to choose a venue that makes sense based on where the conduct occurs and how the case law has developed in that part of the country.

WKP: What is the importance of celebrating National Whistleblower Day?

Ms. Silhan: It gives well-deserved recognition to whistleblowers, who are such unique clients and unique people. They are courageous, sometimes putting their careers and livelihood on the line to stop fraud. They are determined, oftentimes filing suit only after repeatedly reporting the fraud in other ways.  They deserve a lot of credit and recognition for what they do.

WKP: How has being a new mom changed your perspective on work or your style as an attorney?

WKP: What has been your proudest moment at WK?

The Importance of Whistleblowers

National Whistleblower Appreciation Day was established by a Senate a resolution introduced to commemorate America’s first whistleblower law. The enactment of the law marks the first time Americans were incentivized to report misconduct and the first time those in power were challenged with how to treat people who exposed wrongdoing.

The story traces back to 1777, when ten sailors and marines in Providence harbor accused the first commodore of the U.S. Navy of misconduct, mistreating prisoners of war, and war profiteering. After drafting a petition protesting the commander’s actions, one of the whistleblowers, Captain John Grannis, jumped overboard to take the petition to the Continental Congress. This petition of protest was the first time the Continental Congress was faced with the question of how to address allegations raised by U.S. citizens about misconduct by high-ranking officials. The Continental Congress did not punish Captain Grannis for jumping ship without permission and eventually fired the marine commander for his misconduct. The commander filed a lawsuit against the whistleblowers and had two of the men thrown in jail. The men wrote to Congress from jail, asking them to intervene on their behalf. Congress stepped up and voted to pay the whistleblowers’ legal costs and released papers to aid in their defense. At that time, Congress enacted America’s first whistleblower law:

Many of the whistleblowers today operate under the False Claims Act. In 1863, after a series of frauds during the Civil War, Abraham Lincoln encouraged Congress to pass the False Claims Act (FCA), sometimes called the Lincoln Law. Under the FCA, it was illegal to present false statements in writing to the U.S. government to receive money or reimbursement for a claim that was not entitled to reimbursement. The law was originally used against Union suppliers and fraudulent contracts. The FCA is still an important tool that we use today to fight government fraud. Several states have their own version of the False Claims Act, providing similar incentives and protections for whistleblowers. Under both federal and state FCA laws, whistleblowers who report fraud may be entitled to a portion of the government’s recovery.

How Do We Fight Corporate Fraud?

Seek justice with the help of our experienced attorneys. We’ve battled corporate giants on behalf of individuals like you for 20 years, aggressively fighting those responsible for personal injury and wrongful death caused by corporate wrongdoing and fraud committed against the government. If you’ve suffered catastrophic injury or loss caused by corporate negligence or believe you have a government whistleblower case, we can help. Contact is kept confidential.