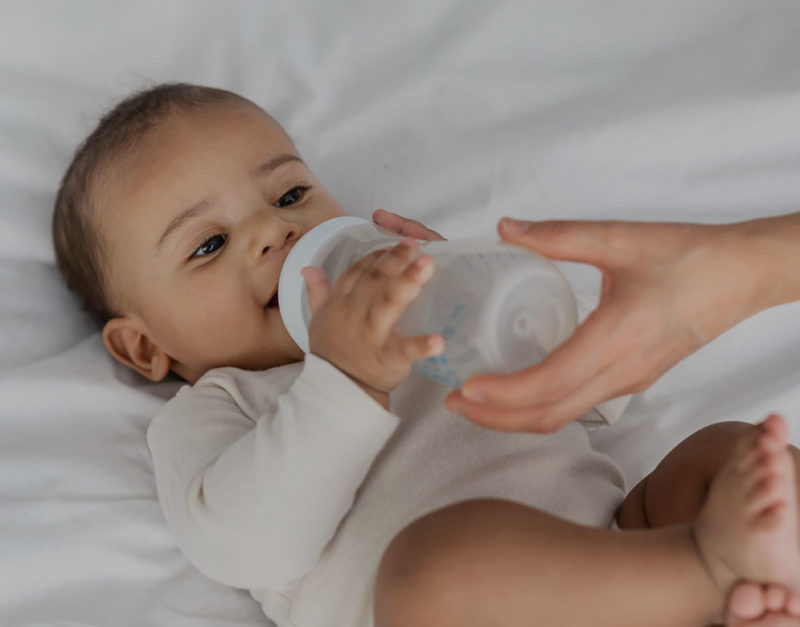 Preterm and medically fragile infants are most at risk of necrotizing enterocolitis (NEC), a serious intestinal disease. Breast milk has been shown to provide significant protection. When a mother cannot produce enough milk for her infant, hospitals can now turn to milk banks, where pasteurized donor human milk is available.

Necrotizing enterocolitis (NEC) is an intestinal disease that primarily affects premature and sick infants during first few months of their lives and can lead to intestinal tissue damage and even death.

According to the NEC Society, “NEC is a complex disease,” the cause of which is unknown. But the organization adds that a possible cause of NEC is an injury to the lining of the intestine that allows bacteria in the intestine to get into the bloodstream.

Although many infants recover fully from NEC, there are some who will have lifelong health complications, and some can die from NEC. The National Institutes of Health reports that NEC is a leading cause of illness and death among premature infants.

What Are the Symptoms of NEC?

There are no early warning signs of the development of NEC. The NEC Society says that many families first learn about NEC when their baby becomes extremely ill with these symptoms:

Who Is Most at Risk?

An article published by the National Library of Medicine lists those infants who are at the highest risk of contracting NEC are:

Breast Milk vs Formula to Reduce Risk of NEC

The NEC Society reports that although researchers are baffled as to why infants fed human milk can still get NEC, feeding an infant breast milk, rather than formula, has been proven to significantly lower the risk of getting NEC.

When a newborn cannot drink the mother’s milk, hospitals turn to milk banks, where they can get pasteurized donor human milk (PDHM).

A 2020 study concluded: “Preserving human milk and promoting donations guarantees an improvement in the health of newborns.”

Milk banks collect breast milk from mothers who have more than their babies need. The banks pasteurize and test the milk so it can safely feed babies whose mothers don’t have enough breast milk.

PDHM provides a healthier and more natural alternative to infant formula. During the strict screening process, each donor provides a medical history and undergoes blood tests. The milk is initially pasteurized to kill any bacteria or viruses, then before being dispensed, it is tested at an independent lab to ensure safety.

Before milk banks came on the scene, formula was the only alternative to breast milk. Now many hospitals use PDHM because of its effectiveness in lowering the risk of NEC. The NEC Society has a map of children’s hospitals that provide breast milk vs formula as needed.

The NEC Society supports this use of donated milk: “Mother’s own milk helps to reduce the risks of NEC. When mother’s own milk is unavailable, pasteurized donor [human] milk is the next best option.”

How Our NEC Attorneys Help Victims

Waters Kraus & Paul is a long-time advocate of women’s health — especially when it comes to holding companies accountable for putting women and their newborn children in danger with dangerous products. Our NEC and personal injury attorneys offer an enhanced level of victim support, and we’re ready to help you receive justice for NEC experienced from the use of baby formula products. If your child suffered from NEC, we can help.