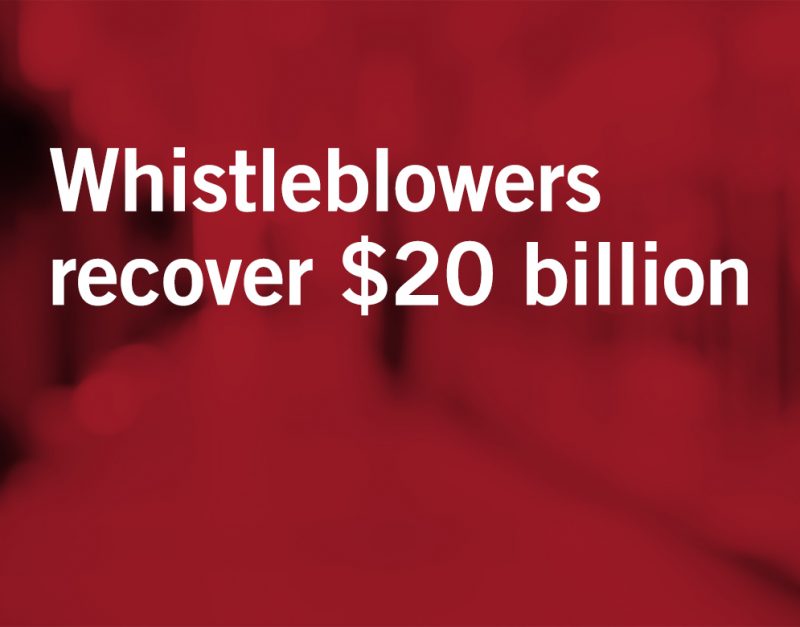 Qui tam is a provision of the False Claims Act which allows private citizens to recover damages through law suits filed on behalf of the government. These whistleblower law suits protect the government from various forms of fraud, such as healthcare fraud. For example, “it is a crime for health care providers to pay or receive kickbacks,” says Michael L. Armitage, a partner with qui tam lawyers Waters Kraus & Paul. “It is illegal for drug companies to pay for extravagant vacations and entertainment as a reward for doctors who use or promote their pharmaceutical products.”

When corporations defraud governmental programs, the qui tam provision encourages people to take a stand against the fraud and potentially receive a large qui tam relator reward for their efforts. “The False Claims Act allows insiders to bring a whistleblower lawsuit on the government’s behalf,” says Texas qui tam attorney Charles S. Siegel. “When the government makes a recovery, the informant is entitled to a share of any monies received.”

For successful lawsuits filed on behalf of the government, qui tam whistleblowers can receive 15 to 30 percent of the damage award, depending on the quality of the information they provide. The financial incentive to take a stand against fraud is extremely important because of the risks faced by whistleblowers, such as backlash from their employers or industry. While it is illegal under the False Claims Act to fire someone for acting as a whistleblower, corporations might still try to create a hostile work environment to punish these brave individuals. Accordingly, the qui tam relator rewards serve to encourage people to face such risks in order to save the government and tax payers billions of dollars from fraud.

Because of the complexity of the fraud reporting system, whistleblowers frequently rely on attorneys to assist them with pursuing a qui tam lawsuit on behalf of the government. The qui tam attorneys at Waters Kraus & Paul, a mid-sized plaintiffs’ firm, have helped clients submit formal records through the fraud reporting system resulting in whistleblower settlements that have restored millions of dollars to public programs. The firm is dedicated to fighting against fraud and using lawsuits as an effective means to encourage corporations to build a culture of integrity.

If you have information about corporate fraud of governmental programs, email or call 800.226.9880 to speak with the experienced attorneys at Waters Kraus & Paul. You may be entitled to a substantial qui tam relator reward.